Setting up an RSS Feed Automation

RSS feed automation is set to link your website/ blog to your social media and remove any manual action in the process. Through this automation, a pre-defined action of your choice would be executed whenever the RSS feed publishes a new item. For instance, a post would be created on your Facebook account.

RSS feed automation can be set by the following steps: 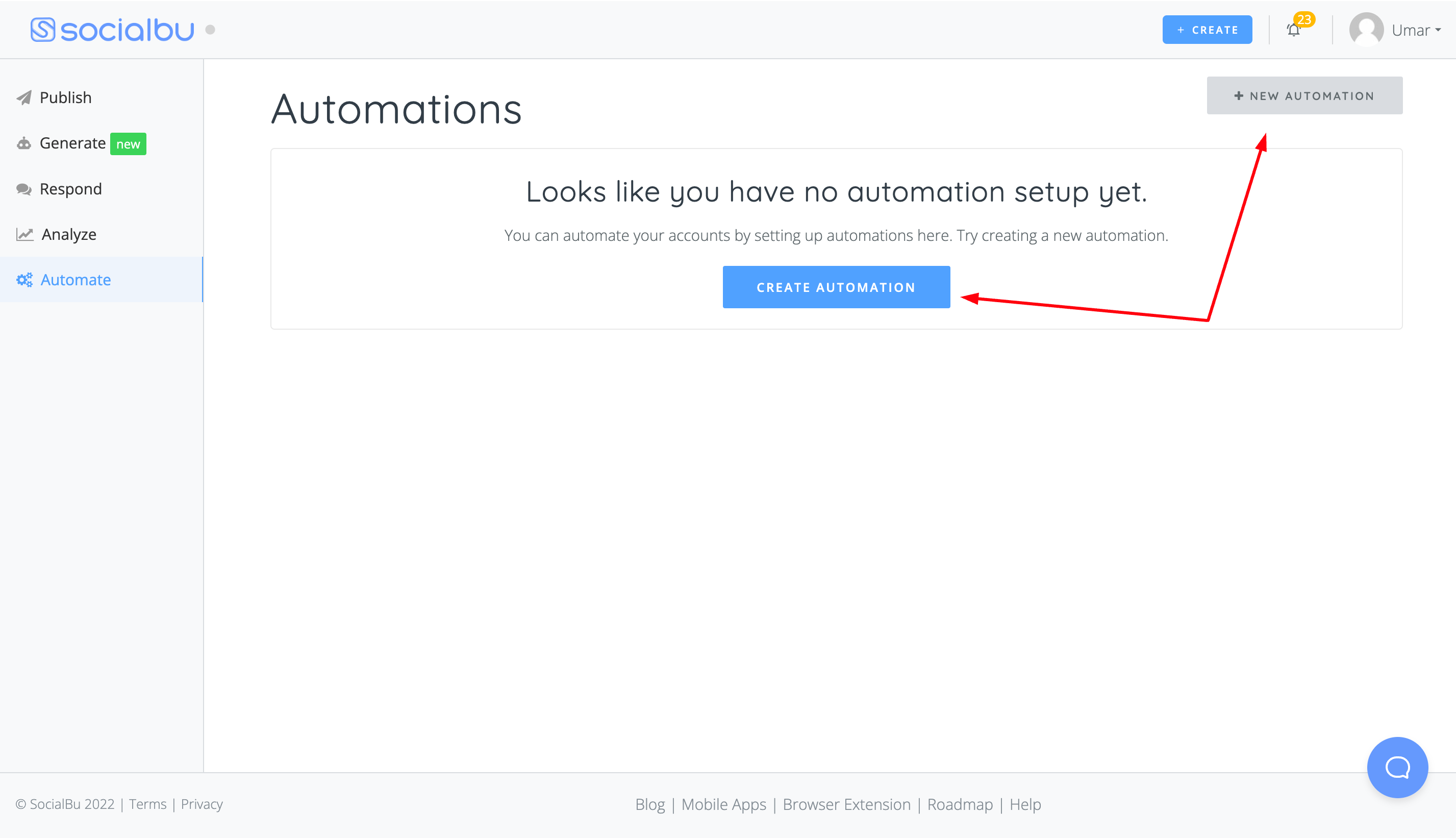 3. Give a name to your automation, and press next. 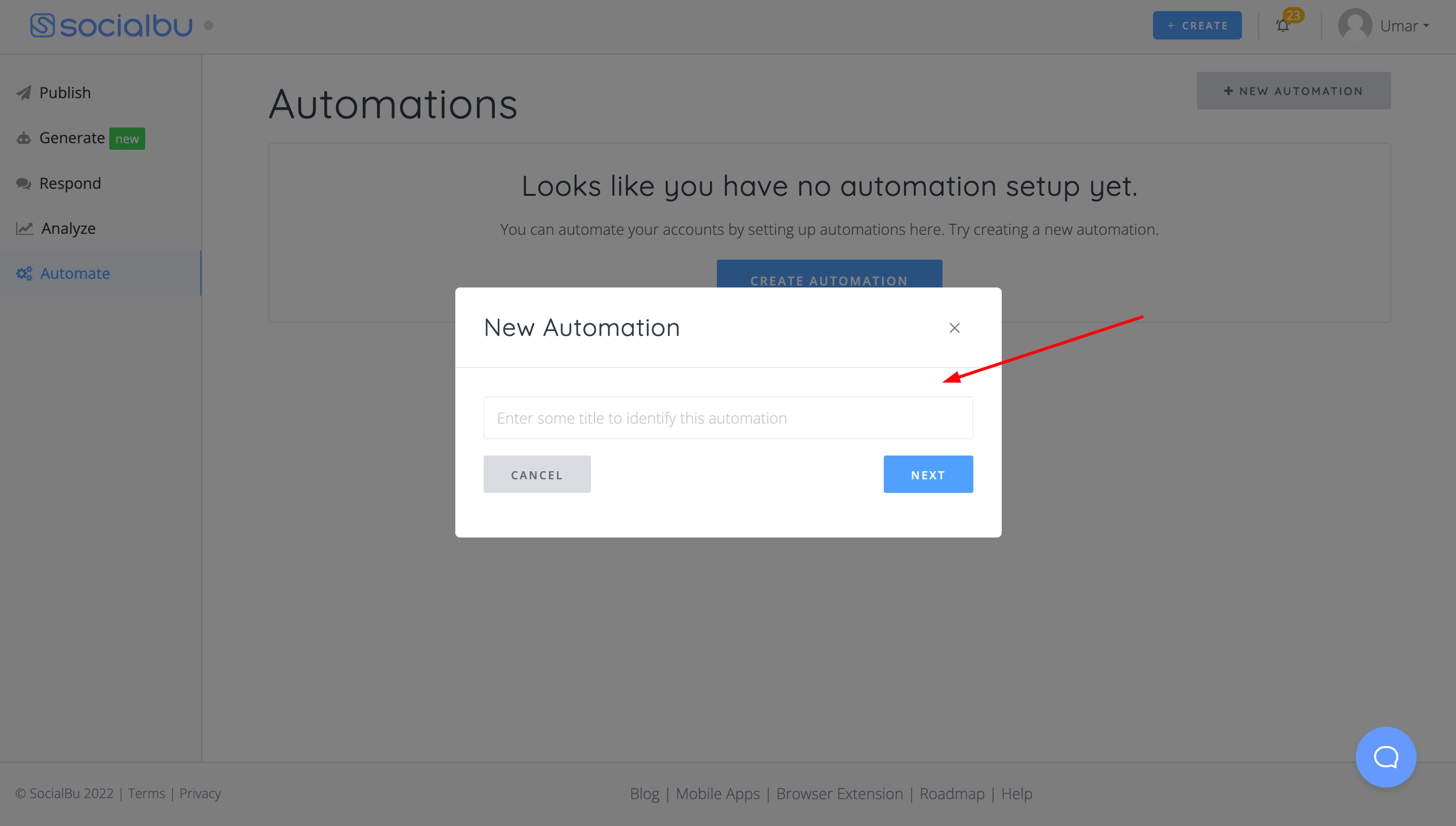 4. Your automation has been created, now it's time to set it up.

5. From the first drop-down, choose” RSS feed has new items”. This means that this automation would be triggered to action when the RSS feed has a new item. 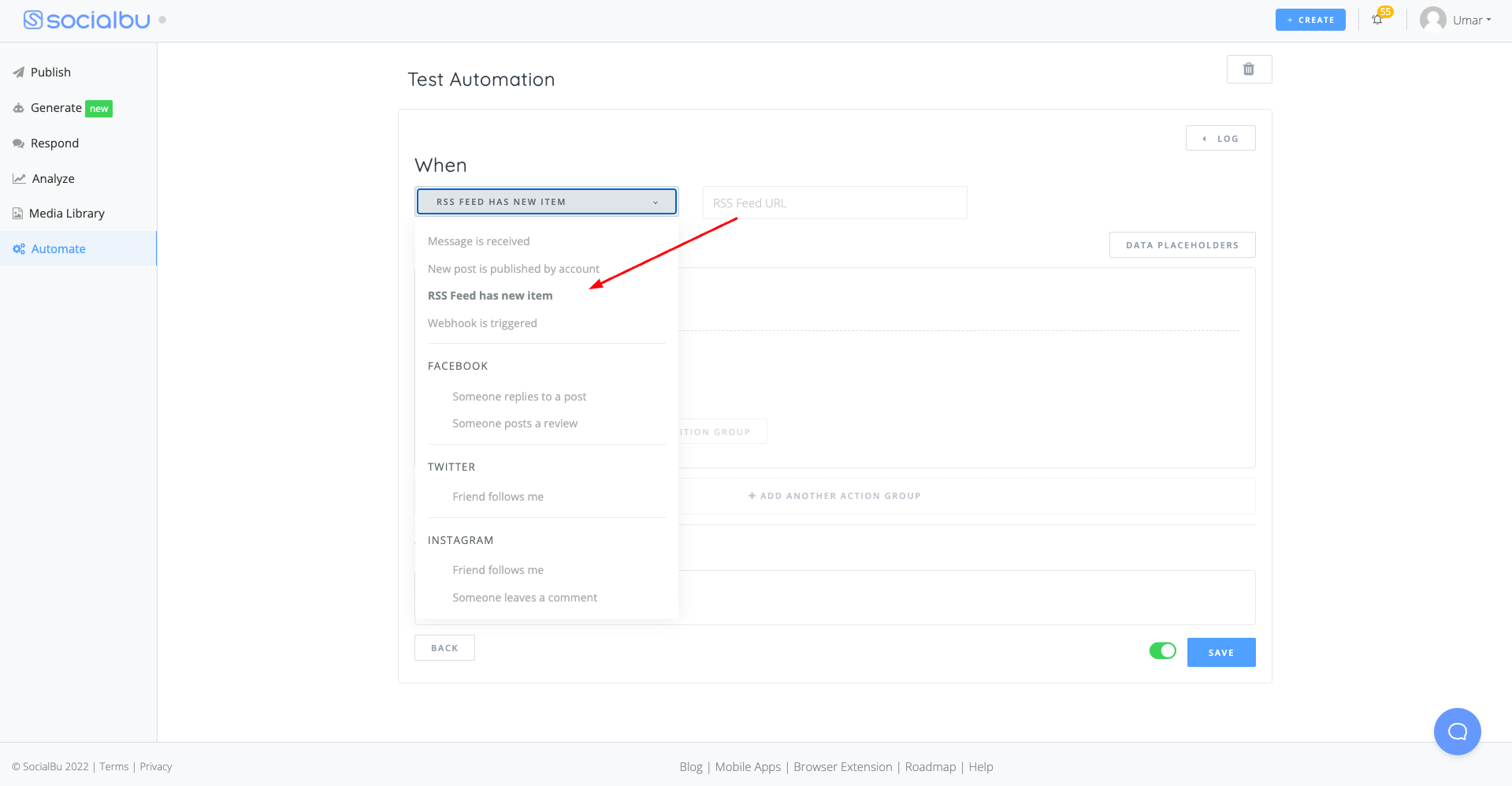 6. Next, enter the URL of the RSS Feed. If you want to know how to get the URL of an RSS feed, click here. 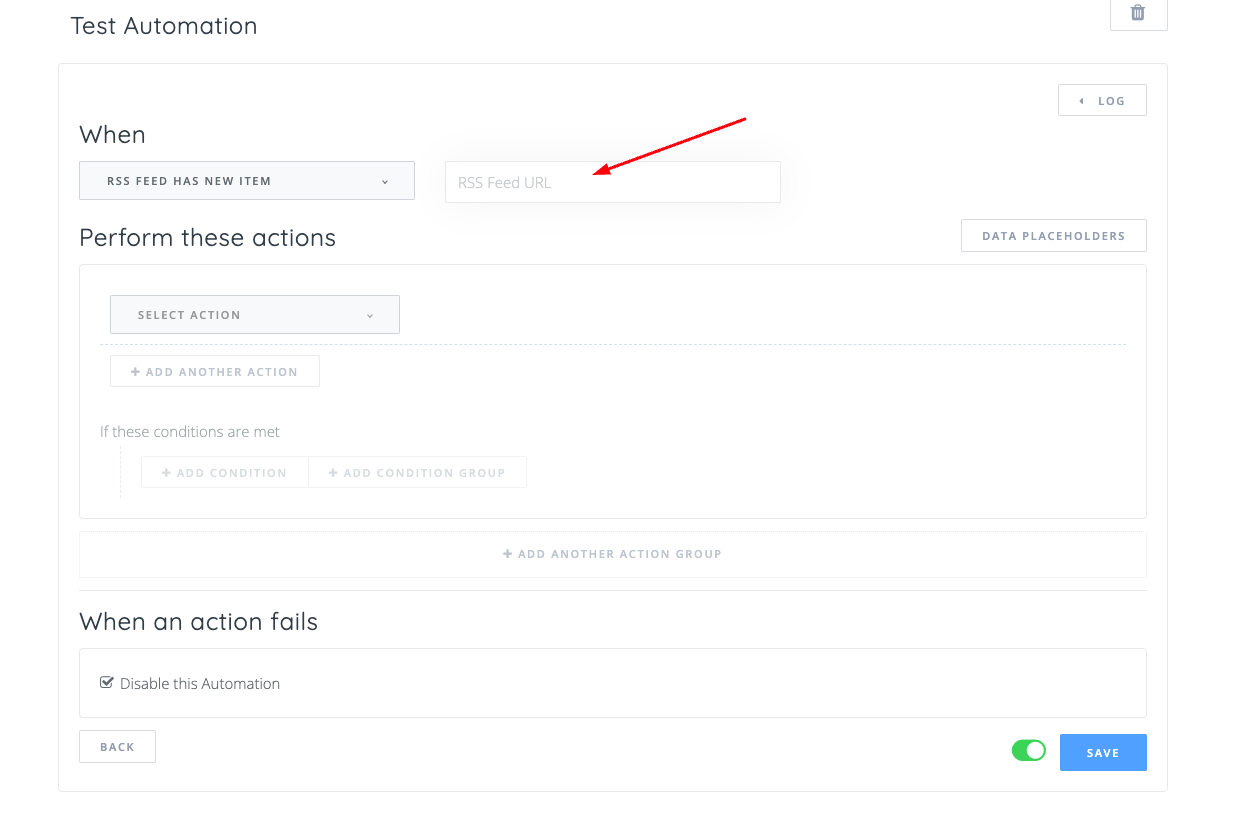 7. Now choose an action that works be executed when RSS feed publishes a new item

Setting up the actions

Following actions can take place when the automation is triggered: 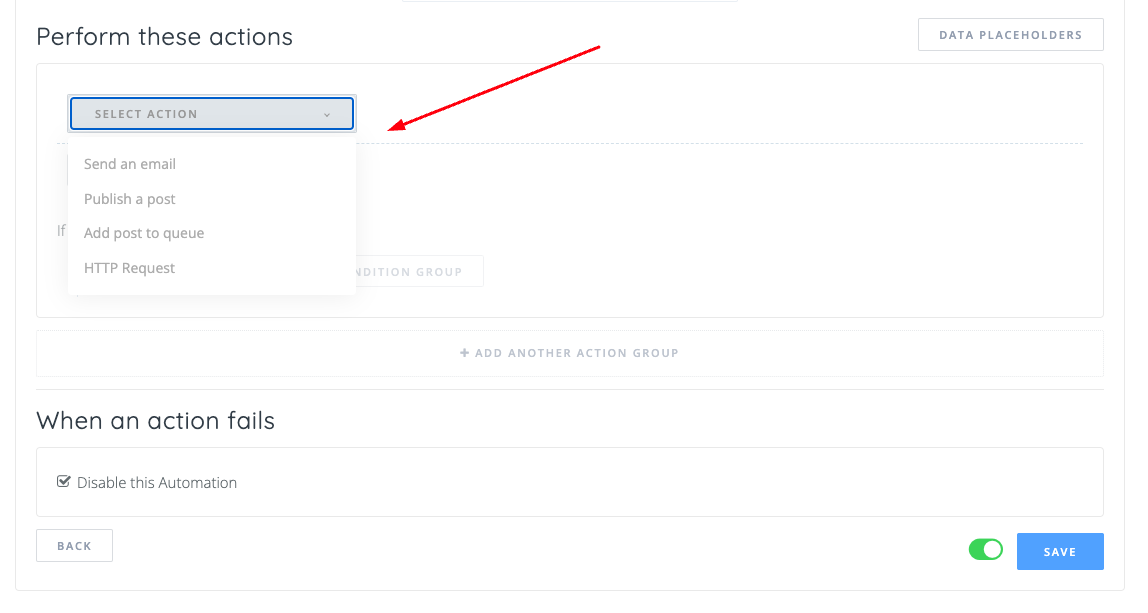 While setting up these actions, you can also add data placeholders 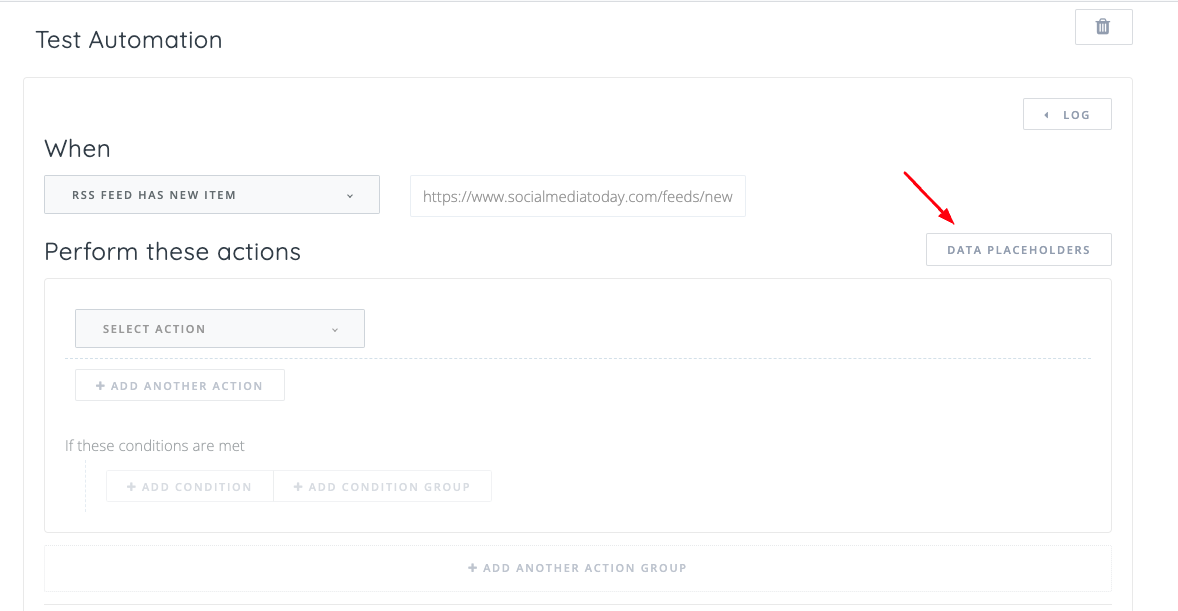 8. You can also add multiple actions. For example, when RSS Feed has a new item, a post is published and also gets added to a queue.

9.  You can also add conditions to your automation. For instance, a post should be published on my Facebook account, if the blog published(from RSS Feed) contains certain keywords. 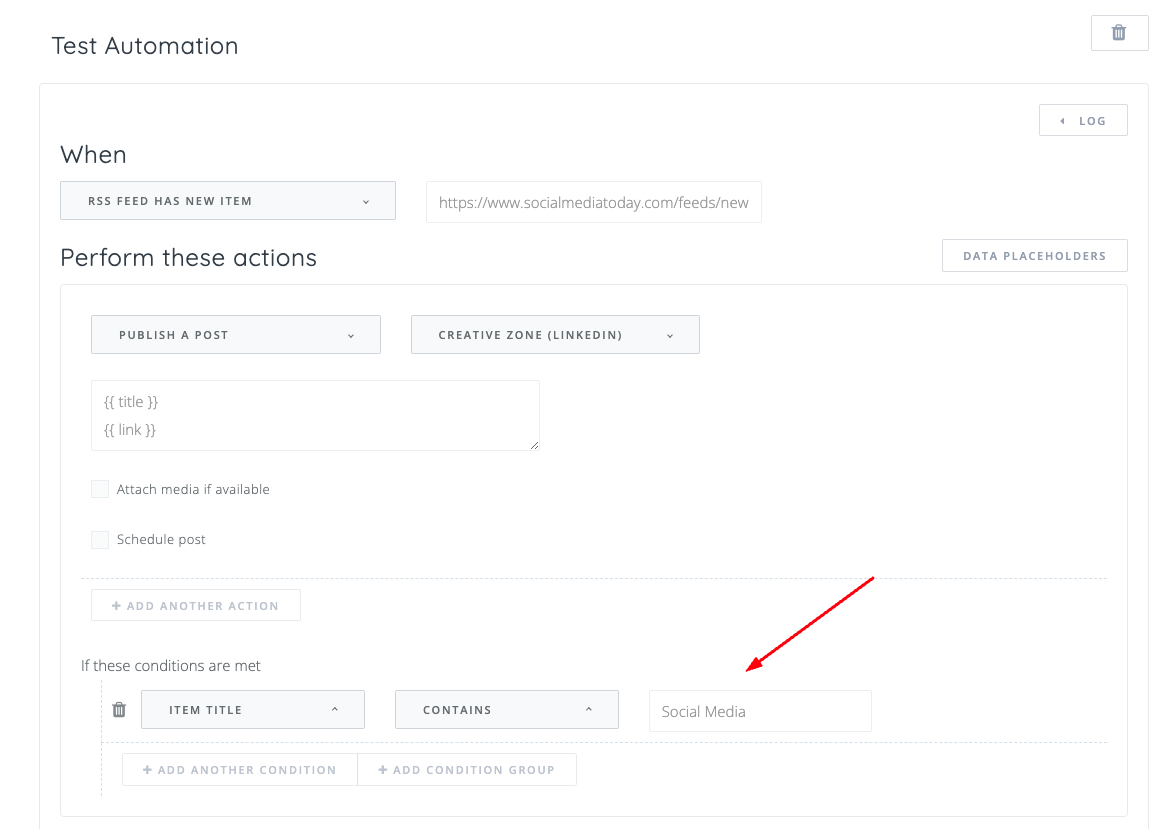 10. You can add one condition or a group of conditions.

11. You can create action groups too. Each action group has one or more actions and a set of conditions is applied to it. Action groups are independent of each other.

Did this answer your question? Thanks for the feedback There was a problem submitting your feedback. Please try again later.